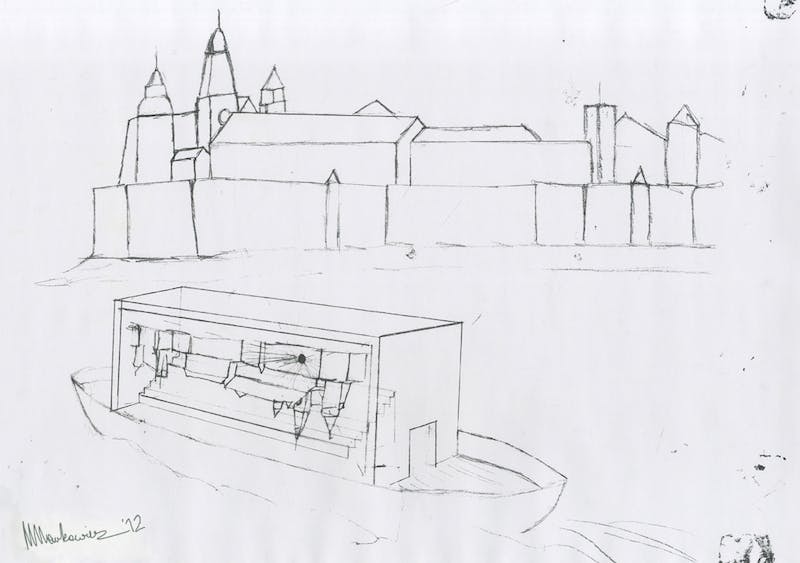 Since 2008 Maciej Markowicz began focusing his artistic practice on Camera Obscura and started experimenting with exposures made directly on color photographic paper. Neverless Markowicz was still on the quest of fully defining his artist process, and one late evening of September 2012 everything became clear, he recalls:

" I was coming back home from swimming, while sitting in the mostly empty moving car of the NYC Subway heading towards Brooklyn, the interior lights went off for a moment and I saw the tunnel lights flickering inside the train's cabin, projecting moving blurry images in front of my eyes. It was this moment when I realized that the only think I was missing in the Camera Obscura+Color Photo Paper practice is the Motion and all I need to do is to set my camera obscuras in motion and allow them to move during the exposure. When I got back home, I made the sketching of the floating Camera Obscura concept”